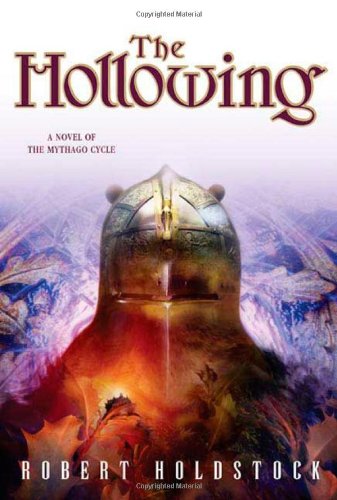 The Hollowing
Robert Holdstock
A NOVEL IN THE WORLD FANTASY AWARD-WINNING MYTHAGO CYCLERyhope Wood, Mythago Wood, is the great forest steeped in mystery, whose heart contains secrets that change all who come there.Alex Bradley is a damaged and visionary child. Little does he know that the distorted creations of his mind are alive inside nearby Ryhope Wood. When the forest claims him, his father goes in pursuit, along with a scientific expedition looking for the secret of "mythago-genesis"...But inside Ryhope, Alex has created a hundred forms of the Trickster-all of them seeking their maker, and all of them deadly.
1 Vote

The boy in the cathedral remembers nothing. The "giggler" torments him from the edge of the wood, just out of sight. His imagination is running wild, and as it does, all the things in it become reality, dangerous reality. Richard's son died years ago; the remains of his body were found on the edge of Ryhope Wood, unidentifiable, but there. When a woman comes out of the woods who knows where Alex is, but doesn't exactly, and has communicated with him, sort of, Richard is understandably confused. Does he dare hope to find the son he thought dead?