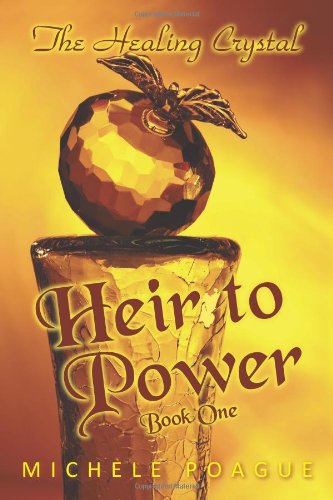 The colony of Survin has been hidden for centuries, protecting an ancient religious artifact called the Healing Crystal from men who would steal or destroy it. Kairma, heir to the Crystal, is destined to mate with the handsome Naturi and become the leader of the reclusive colony, but she is too young to realize the peril soon to arrive. At sixteen, Kairma is too young to realize many things .... Kairma would rather go spelunking with her brother and his best friend than study ancient medicine and religious laws, but the discovery of a tomb containing ancient artifacts leads Kairma to question her religion and the true nature of the Crystal. To further complicate Kairma's ascent, a childhood illness has left her resembling a nearby race of men both hated and feared by the people of Survin. Because of this, Kairma's younger sister Kinter, who is in love with Naturi, believes she is the rightful heir. Disease and infertility have decimated Survin, but bigotry and religious laws forbid the introduction of new members so things heat up when a traveling archeologist stumbles upon the reclusive colony and introduces a powerful new weapon. Forced into a larger world, the Survinees discover they hold an object of unimaginable power, a power other men covet, a power that might save or forever damn the human race.
2 Votes

Kairma lives in the colony of Survin. She is to be the next holder of the Crystal and will be in charge of healing her fellow colonists. Naturi will be her mate, and other girls, including her sister, wish that the handsome man could be their own mate. Kairma has different interests, however. She enjoys spending time with her brother and his friend Collin. Together, they explore an area in the mountain and come across a room filled with treasures left by the Ancient Ones. The gene pool of Survin is failing, and the colony will fall soon if people from outside cannot join.

Kairma is a member of the Healing family, and its her duty to become the next Miral, or leader, of Survin, her secluded home nestled in the shadow of a huge mountain. The once- pretty little girl was perfectly accepted in her community, that is, until she was bitten by a White One. The White Ones are horrid creatures whose bite causes fever. They haunt the people of Survin, striking fear into the hearts of those who see them. Kairma was the first to survive their bite.