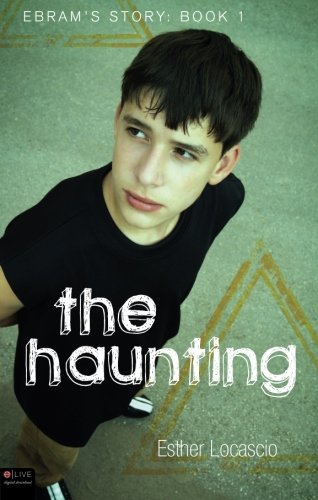 The Haunting: Ebram's Story
Esther Locascio
Ebram Casas-Treski gets the shock of his life when he moves to a new town and learns that he will not be finishing elementary school at the top grade level but going to middle school instead. But loneliness, isolation, and bullies are only the beginning of his problem. Something mysterious is going on, on Texas Thistle Avenue, and it's difficult to ignore. Ice from the tap and in the toilet? Strange voices inside his siblings' heads? His grandfather's story about El Día de los Muertos? And then there are the flying Santas! Ebram needs an answer, and the truth is not what he thinks. Enter the Shroudas, a strange group of tweens and teens who challenge the community with their active belief in doing good and helping others as themselves. But are they too uncool for Ebram to befriend? Parents and children will be drawn into this inspiring first book of author Esther Locascio's Ebram's Story series. The mystery has just begun. Join in the adventure and find out how Ebram gains self-confidence and a sense of purpose. Locascio also extends to readers an invitation to incorporate service to others into their daily lives.
1 Vote

The main character Ebram moves to a new home in Texas. Shortly after moving, he finds out that a little girl who used to live in his house before him haunts the house. His brothers and sisters can all hear the little girl talk in their heads. The little girl sometimes does strange things, like lifting things up in the air and moving things around. This book is also about the struggles that Ebram has fitting in at his new school. He eventually becomes a Shrouda (a group of students who have many Christian faiths. They also try to improve the community and help the needy).