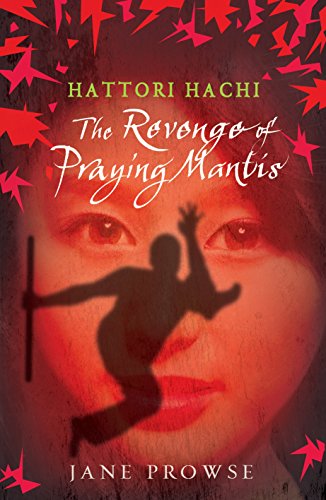 Hattori Hachi: The Revenge of Praying Mantis
Jane Prowse
âRun!â Mad Dog shouts! âRun, Hattie â RUN!!!â I turn again and see the impossible â shadowy figures are filling the room! The graffiti on the walls is not graffiti at all â itâs real people and theyâre PEELING OFF THE WALLS!ââ Hattie Jackson is just an ordinary fifteen year old - until her mother disappears and Hattie's life is turned upside down. Although her policeman father is intent on finding out what's happened, it's Hattie who discovers the truth about her mother's 'other life' - and the role she must now take on to defeat the terrifying army of evil Ninjutsu warriors led by Praying Mantis â the most deadly assassin known to man. A thrilling page turner by an exciting new author.
1 Vote

Hattori Hachi: The Revenge of the Praying Mantis Recently, I've read the action-packed novel, Hattori Hachi: The Revenge of the Praying Mantis, the first installment of the Hattori Hachi trilogy and first novel of its author, Jane Prowse. Hattie Jackson (also known as Hattori Hachi) is just a normal fifteen year old adolescent with a slightly jumpy, cautious mother who spends her spare time training Hattie to defend herself against others. The training? A secret signal, mock sparring, and submerging herself under their apartment complex's lake, for instance.