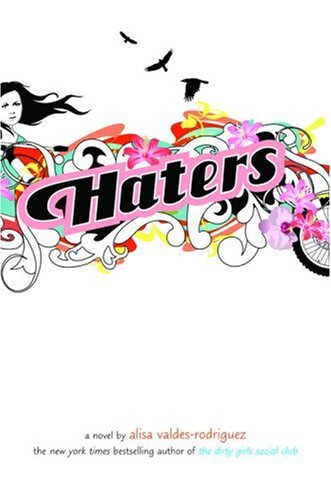 Haters
Alisa Valdes-Rodriguez
From the first day at her new Southern California high school, Pasquala Rumalda Quintana de Archuleta ("Paski") learns that the popular students may be diverse in ethnicity but are alike in their cruelty. While Paski tries to concentrate on mountain biking and not thinking too much about ultra-hot Chris Cabrera, she is troubled by the beautiful and wicked Jessica Nguyen. Jessica is the queen of the haters and she's got her eye on Paski.
1 Vote

Pasquala, a.k.a Paski, was known as one of the populars in Taos, New Mexico. Her mother left Paski and her trying-too- hard-to-be-a-role-model father when Paski was only a little girl. The only "women" figures she has now is her weird, physic grandmother and her expreienced best friends, Emily and Janet. When Paski's life seemed to be going well, it came to a halt. Her dad got a promotion in Los Angeles. It may sound cool leaving the snow and heading for sunshine but when her grandmother warns her of bad times to come, she's not so sure about it anymore.