The Hand That Bears the Sword 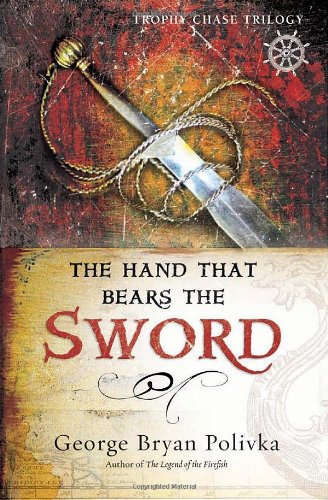 The Hand That Bears the Sword
George Bryan Polivka
Christian fantasy at its best has finally arrived in The Hand that Bears the Sword, book two in Emmy award-winning author George Bryan Polivka's The Trophy Chase Trilogy. Readers will thrill as newlyweds Packer and Panna Throme are once again thrust into high adventure. Pirate Scat Wilkins returns with evil intentions for Packer as the Trophy Chase sets sail for the deep waters once again. A new and surprising Hezzan in the Kingdom of Drammun has diabolical designs on not just Packer but on the entire Kingdom of Nearing Vast. And, at home, Panna must await Packer's hopeful return while imprisoned by the lecherous Prince Mather. Will Packer and Panna escape their separate dangers and find happiness in the Kingdom of Nearing Vast....or will the invading Drammune army steal away their future and that of all the people of Packer and Panna's homeland? Book 2 in the Trophy Chase Trilogy
1 Vote

Tweet
The Hand That Bears the Sword review by KKni

Packer and Panna Throme are interrupted in the middle of their "honey month" by the king's urgent order that Packer must set sail on the Trophy Chase. Three lone ships that are left of the navy fleet go out to sea in an attempt to delay the attack on Nearing Vast from the kingdom of Drammun. Meanwhile, Panna is left behind in the hands of the lustful Prince Mather, who plots to steal her love. As Packer helps to fight the ferocious Drammun Armada, his faith is tested to the limit.