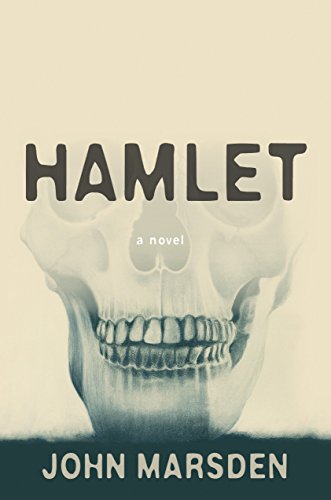 Hamlet
John Marsden
The Dane as never seen before — in a daring, dazzling, sexy prose retelling of Shakespeare’s tragedy by best-selling author John Marsden. (Age 14 and up)Something is rotten in the state of Denmark, but Hamlet can’t be sure what’s causing the stench. His rage at his mother’s infidelities — together with his greed for the sensual Ophelia and his dead father’s call to revenge a "murder most foul" — have his mind in chaos, and he wants to scatter his traitorous uncle’s insides across the fields. But was it really his father’s ghost that night on the ramparts, or a hell-fiend sent to trick him? "Action is hot," he tells Ophelia, who lives shut up in a tower with her longings and lust. "Action is courage, and reflection is cowardly. Picking up the knife has the colors of truth. As soon as I hesitate. . . ." In this dark, erotically charged, beautifully crafted novel, John Marsden brings one of Shakespeare’s most riveting characters to full-blooded life in a narrative of intense psychological complexity.
1 Vote

Hamlet is a story about the trials and tribulations of a troubled boy after seeing the ghost of his dead father. The story follows Hamlet through his life and how one supernatural sighting drives him almost mad. This story takes place in the time of castles and kings and queens in the country of Denmark; this book fits into the genre of mystery.