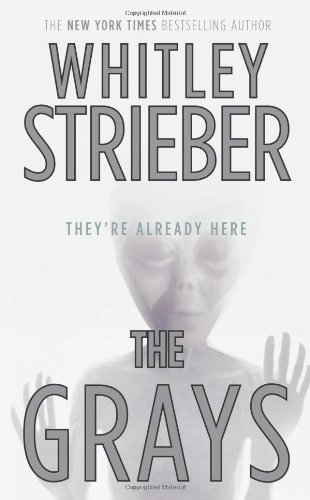 The Grays
Whitley Strieber
We are not alone. Millions of people are confronting aliens that authorities say do not exist. Whitley Strieber--author of the legendary, #1 bestselling book Communion, which detailed his own close encounters--now returns to the riddle of aliens with The Grays. Drawing from a lifetime of research and his own experiences, Strieber offers up a fictional account of the conspiracy behind the alien presence on Earth while also giving us a startling look inside the alien mind that will astound, frighten, and enthrall readers.Meet the Three Thieves, a group of Grays assigned to duty in a small Kentucky town. They have been preparing a child for generations. Innocent Conner Callaghan will face the ultimate terror as he struggles to understand who he has been breed to become, and what he must do to save humanity.Meet Colonel Michael Morax, who strives to keep the secret of the Grays from the public for reasons so sinister, yet believable, that they read like truth . . . and very well may be.And then there's Lauren Glass, government "empath" to the last surviving captive Gray, known only as B for Bob. Her unique talent to communicate with this captive Gray may be the only way humans can unravel their ultimate plan.But when B for Bob suddenly escapes the highly secure underground Air Force facility that he's been captive in for years, it triggers a mass undertaking in that small Kentucky town. A frantic race begins, as the government must outmaneuver the Grays to keep the secret of the presence intact.The Grays is a mind-bending journey behind the curtain of secrecy that surrounds the subject of aliens, written by the field's great master.
1 Vote

Think all those stories about UFOs and alien abductions are bunk? Whitley Strieber's new book, The Grays, disagrees. In this work of fiction, aliens do exist and are about to make the ultimate human contact. For years they've been following the life of one special little boy, Connor Callaghan, whose very conception they orchestrated. Now they must send one of their own into Connor's soul in an attempt to understand the human race and save both species. But not everyone on earth is ready to let the grays carry out their plan.