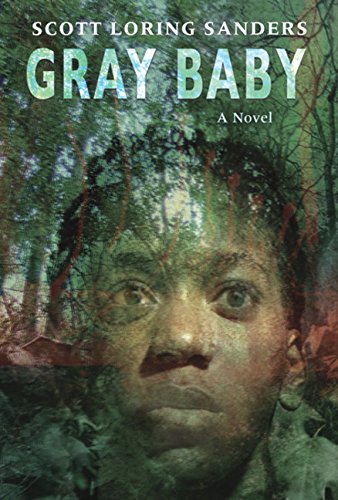 Gray Baby
Scott Loring Sanders
At six, Clifton watched as two white police officers beat his black father to death. The official report called it an accident. But Clifton and his mother, who was also there, know the truth.Ten years later Clifton's life has been shaped by that horrible event. He's a social outcast, his mother has sunk deep into alcoholism, and the only connection has with a living thing is with the dog next door whose life is as bad as Clifton's. But then Clifton's principal comes up with the idea to have all the students release balloons with notes attached. It's meant to build school spirit, but it also gives Clifton an idea. What if, somehow, he was able to reach someone somewhere far away, and actually make a connection? Maybe even have a friend. So instead of balloons he uses bottles, and sets them afloat with notes inside down the New River. Amazingly, Clifton actually does here from someone. His name is Swamper, he's got to be at least 70, and he lives in a shack on the river, meaking out a living selling fish. Swamper and Clifton strike up a friendship and it looks like Clifton may be okay after all.But then the kidnapping of a young girl that Clifton witnesses brings back all of his old demons. How can he go to the police after what they did to his father? And his mother, she's useless. So he turns to Swamper, and in the end, discovers truths about his family, his life, and himself, that he never would have imagined.
1 Vote

Clifton is struggling to have a meaningful relationship with someone. After his father's murder, all Clifton has left is his drunken mother who is never there for him. As a biracial black and white child, Clifton struggles with his racial identity. He feels like an outcast. He looks for someone to connect with, someone to trust. Clifton gets an idea to put messages in his mother's beer bottles and float them down a river, hoping for someone to find them and communicate with him.