The Good, the Bat, and the Ugly 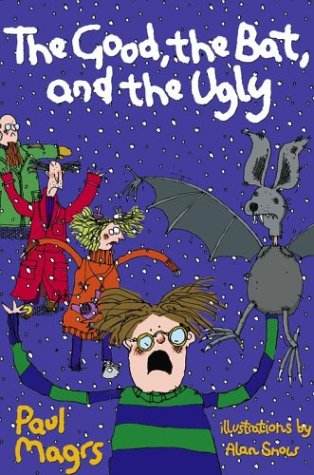 The Good, the Bat, and the Ugly
Alan Snow, Paul Magrs
After his puppet Tolstoy begins to take over his thoughts, ventriloquist Frank decides to lock his puppet away for his own safety, but when Frank's son decides that he wants to get into the act, Tolstoy decides to use young Jason's new career choice to break free from his attic prison and seek his revenge.
1 Vote

Tweet
The Good, the Bat, and the Ugly review by CS

A story laced with the twists and turns of British humor, The Good, The Bat, and The Ugly is the latest book written by Paul Magrs. Jason's father was a famous puppeteer in his day, but now he is a washed up old grouch. When he implies Jason to take up the family business of puppets, everything goes mad. Soon everything is in a mess when his father is dragged off to jail, and Jason's older half-brother Barry gets involved. On top of that, Jason's father's old puppet is calling to him from the attic, and mysterious puppet murders start happening all over town.