The Girl Behind The Glass 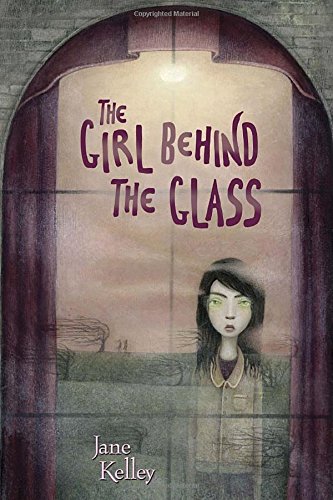 The Girl Behind The Glass
Jane Kelley
The house on Hemlock Road used to be someone's home. Until something happened. Something that even after 80 years, can never be forgotten or forgiven . . . .Eleven-year-old twins Hannah and Anna agree about everything—especially that they don't want to move to the creepy old house on Hemlock Road. But as soon as they move into the house, the twins start disagreeing for the first time in their lives. In fact, it's almost as though something or someone is trying to drive them apart. While Anna settles in, Hannah can't ignore the strange things that keep happening on Hemlock Road. Why does she sense things that no one else in the family does?  Like when the hemlock branch outside waves shush, shush. Or at night, if she listens hard enough, it's almost as though someone is trying to talk to her. Someone no one else can hear. Someone angry enough to want revenge. Hannah, are you listening? Is the house haunted? Is Hannah crazy? Or does something in the house want her as a best friend—forever?
1 Vote

Tweet
The Girl Behind The Glass review by NByr0411

Twins, Hannah and Anna were best friend, until they moved to the house on Hemlock road which tears theyre whole family apart. Is the house theyre living in temporarily Haunted, or is Hannah just going crazy? Is there really a ghost haunting their house, or is it just former resident Ruth who died as a little girl in their attic. Whoever....or Whatever it is seems to be talking to Hannah. Do her parents really think shes crazy? Or do they believe her. Find out in this haunted story, The Girl Behind the Glass.