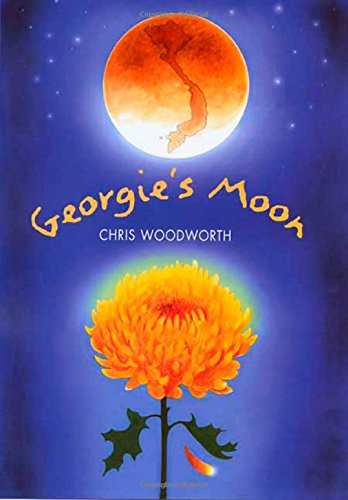 Georgie's Moon
Chris Woodworth
Georgie Collins knows exactly how to make it through life ina new town. Before her father left for Vietnam, he gave herstanding orders never to let anyone mess with her, and shewon't. As long as she doesn't allow the enemy to smell her fear,Georgie will survive seventh grade in Glendale, Indiana, justfine. But that doesn't mean she'll like it. How could she? Herschool has forced her to participate in a "Good DeedsProgram," so she's stuck visiting old people in a nursing home.What's more, her classes are filled with "peacenik" kids whothink the war is wrong - including her only friend. At home,it seems that the kids her mom is babysitting are constantlywhining at her. Worst of all, Georgie's father has been gone along time - and even though he promised to send her his loveevery night on the moon, sometimes that's not enough. This story of a feisty girl's fierce devotion to her father is a powerful reflection on the ravages of war.
1 Vote

After Georgie Collins moves to Glendale, Indiana, her dad leaves to go off to Vietnam and promises to send his undying love to her through the moon every night. Georgie becomes friends with Lisa Loutzenhiser and is forced to work with her at the nursing home every Saturday because of the good deeds program the school set up. After Georgie visits Lisa at her house she begins to wonder why Lisa won't tell her what happened to her older brother, Alan. Is it because something bad will happen to their friendship if Georgie finds out?