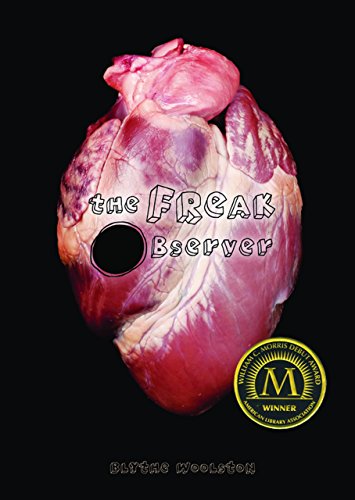 The Freak Observer
Blythe Woolston
The Freak Observer is rich in family drama, theoretical physics, and an unusual, tough young woman--Loa Lindgren. For eight years, Loa Sollilja's world ran like one of those mechanical models of the solar system, with her baby sister, Asta, as the sun. Asta suffered from a genetic disorder that left her a permanent infant, and caring for her was Loa's life. Everything spun neatly and regularly as the whole family orbited around Asta. But now Asta's dead, and 16-year-old Loa's clockwork galaxy has collapsed. As Loa spins off on her own, her mind ambushes her with vivid nightmares and sadistic flashbacks¯a textbook case of PTSD. But there are no textbook fixes for Loa's short-circuiting brain. She must find her own way to pry her world from the clutches of death. The Freak Observer is a startling debut about death, life, astrophysics, and finding beauty in chaos.
1 Vote

Loa Lindgren's life was ALWAYS centered around her little sister, Asta. That's how life was, that's how the days went. Asta suffered from a disorder that kept her a baby...forever. But, with Asta dead, Loa is struggling. Her best friend has also died. How can 16-year old Loa carry out a normal life? The answer is, she can't. She is suffering with flashbacks and bad dreams. Chaos, hardship, and death best describe Loa's life. No wonder she is a freak observer.