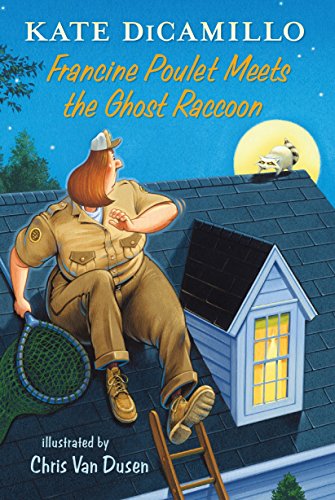 Francine thinks she can do anything and catch any animal, that is until she met the ghost raccoon. It is unlike any animal. It screams, and it might even be a ghost. Francine can't seem to catch it. After a devastating fall that leaves her left leg and right arm in a cast and her neck in a brace, Francine gives up. That's when Frank and Stella come into the picture. While Francine is working as a cashier at Clyde's Bait, Feed, Tackle, and Animal Necessities, Frank and Stella come into the store. Frank reminds Stella of who she is. All Stella really wants is some candy.