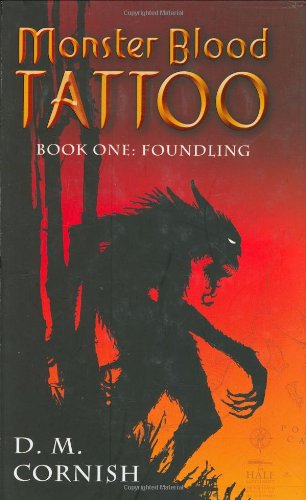 Foundling
D. M. Cornish
Meet Rossamünd?a foundling, a boy with a girl?s name who is about to begin a dangerous life in the service of the Emperor of the Half-Continent. What starts as a simple journey becomes a dangerous and complicated set of battles and decisions. Humans, monsters, unearthly creatures . . . who among these can Rossamünd trust? D. M. Cornish has created an entirely original world, grounded in his own deft, classically influenced illustrations. Foundling is a magic-laced, Dickensian adventure that will transport the reader.
1 Vote

This book is about an intelligent boy who is (unfornunately) named Rosamund. Teased by his fellow orphans at Madam Opera's Estimable Marine Society for Foundling Boys and Girls Rosamund is an outcast who dreams of leaving the Society for good. He gets his chance when a mysterious man named Mister Sebastipole offers him a job as a lamplighter (a person who goes out and lights the lamp that connect the highways).