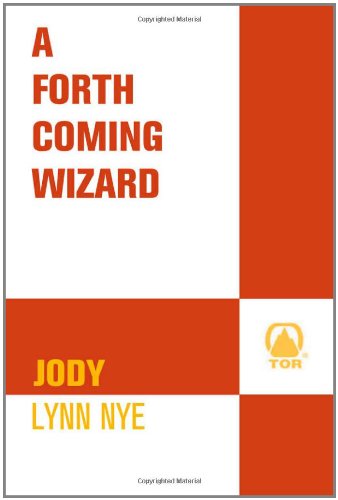 A Forthcoming Wizard
Jody Lynn Nye
Halfling Tildi Summerbee led a typical, unexciting life, tending the house for her brothers while they managed the family farm...until she was forced to assume the identity of her recently deceased brother and accept his position as apprentice to a great wizard. Now she is on an important quest where the lessons of her apprenticeship pale in comparison to those learned in life-or-death situations. She has become the guardian of a very special book that can alter everything in existence… a race of centaurs gone with an editor’s pen, a mountain range flattened with a revised rune, and life as Tildi has known it changed in the blink of an eye. Gone are her preconceptions of society and order. Gone are her trusting ways and belief in her superiors’ honesty. But also gone is the shrinking violet smallfolk who masqueraded as a boy to secure an apprenticeship. Tildi has changed too, and she realizes that the fate of the world rests in her hands.
1 Vote

When Tidi Summerbee finds that her family has been taken bythraiks, she goes to her brother's teacher and takes hisplace as an apprentice wizard. Soon after she is sent ondangerous journey to return the great book to its hidingplace so no one can use it for evil. Some people though wantit for themselves and will do anything to get it--even kill.Now she must go through many life threatening choices to getthe great book to its hiding place. Her life may never bethe same again.