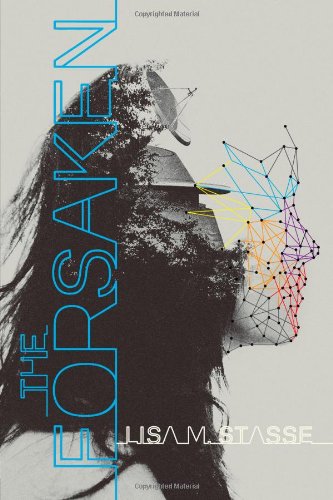 The Forsaken
Lisa M. Stasse
A thought-provoking and exciting start to a riveting new dystopian trilogy.As an obedient orphan of the U.N.A. (the super-country that was once Mexico, the U.S., and Canada), Alenna learned at an early age to blend in and be quiet—having your parents taken by the police will do that to a girl. But Alenna can’t help but stand out when she fails a test that all sixteen-year-olds have to take: The test says she has a high capacity for brutal violence, and so she is sent to The Wheel, an island where all would-be criminals end up.     The life expectancy of prisoners on The Wheel is just two years, but with dirty, violent, and chaotic conditions, the time seems a lot longer as Alenna is forced to deal with civil wars for land ownership and machines that snatch kids out of their makeshift homes. Desperate, she and the other prisoners concoct a potentially fatal plan to flee the island. Survival may seem impossible, but Alenna is determined to achieve it anyway.
2 Votes

In Alenna Shawcross's world, the United States of America is a thing of the past. Instead, the entire continent of North America is now the UNA, a country formed from the remains of the USA, Canada, and Mexico, a country that dragged Alenna's parents away from her when she was ten. Now, six years later, Alenna fails a test that all sixteen-year-olds have to take--the test says she has criminal tendencies. As a result, Alenna is sent to a brutal, isolated prison island where two groups of teenagers are waging a violent war against each other.

What's this?
The Forsaken review by ASny1011

The United States of American has fallen. It's now The United Northern Alliance: an alliance between America, Canada, and Mexico. The government has decided that at the age of sixteen you must take a personality profile test to determine if you are a threat to society. If you fail, you will be sent to The Wheel, the harshest prison set up by the government. You have been be forsaken. Orphan Alenna Shawcross goes in to take her personality profile test expecting to pass. The next thing she knows she's waking up on The Wheel frantically trying to figure out what''s going on.