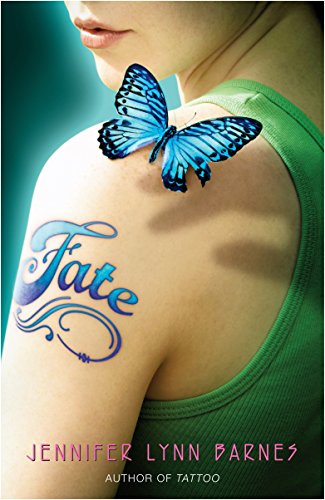 Fate
Jennifer Lynn Barnes
For the past two years, Bailey Morgan has lived a double life: high school student by day, ancient mystical being by night. As the third Fate, Bailey literally controls the fate of the world, but as Plain Old Bailey, her life is falling apart. She’s got a tattoo that was supposed to be temporary (but isn’t), friendships that were supposed to last forever (but might not), and no idea what her future holds after high school graduation.Then Bailey meets the rest of the Sidhe, an ancient race defined by their power, beauty, and a sinister habit of getting what they want at any cost. Before Bailey knows it, she’s being drawn into an otherworldly web more complicated than anything she weaves as a mortal Fate.
1 Vote

After receiving a mysterious tattoo two years ago, Bailey Morgan's life has changed. Not only does she have to deal with the social pressures of high school, but now she has to weave the web of life in the Otherworld for every being on earth. She does this because she is the third Fate, the mystical being who controls the fate of the world. But why then is it so hard for her to see her own future after high school? Caught between two worlds, Bailey faces tough decisions as she tries to balance her life as a graduating senior in high school and and mystical being at night.