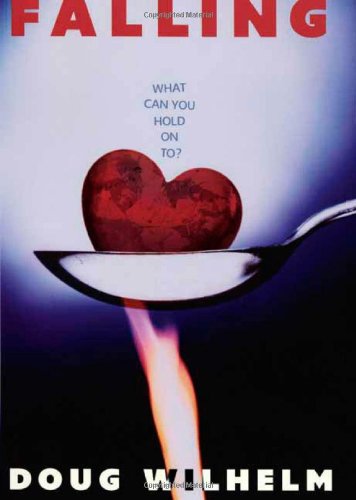 Falling
Doug Wilhelm
Everyone expected fifteen-year-old Matt Shaw to be Jeffords Junior High's star basketball player. But Matt never went out for the team. He won't even touch a ball anymore, and he hardly talks to anyone. No one understands why he's changed, but Matt knows that it's his "golden child" older brother who's really been doing all the changing. Matt can't imagine what would happen to his family if word got out about Neal's drug habit and the strung-out strangers he's seen coming and going from the house when their parents aren't home. Matt can't tell anyone what he knows - not his parents, not the police detective who refuses to leave him alone, not even Katie, the one girl he's ever really had feelings for. But even Matt has to wonder eventually if he's holding on to someone he may already have lost.With his unparalleled ear for teen dialogue and emotions, Doug Wilhelm's new novel is a captivating look at falling apart, falling in love, and all the falling in between.
2 Votes

Falling starts you off very strongly with Matt Shaw, the high school's best basketball player, walking down the street listening to music. The reader finds out very quickly that at Matt's house there are 'losers' that come for his brother Neal. Lately Neal has been rude to Matt and he keeps to himself a lot. Katie, a girl with four main best friends called the Trust, meets Matt on an online chatroom. They find out who they actually are and begin to hang out.

What's this?
Falling review by ROrn

Matt Shaw is a high school freshmen in trouble. He and his brother used to be best friends, now they never see each other. Katie Henoch is an average girl with her best friends. But that close little circle is falling apart. Katie and Matt's lives cross in an online chat room. Everything starts falling apart.