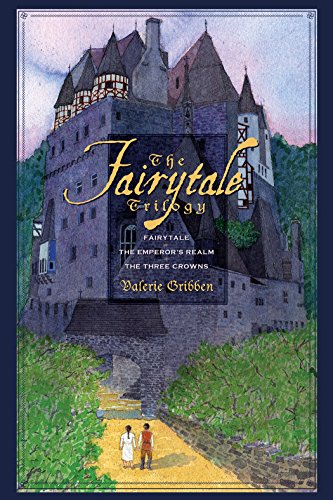 The Fairytale Trilogy
Valerie Gribben
Welcome to the wonder-filled world of the Fairytale Trilogy, where magic is far more than smoke and mirrors . . . The three novels in this book -- Fairytale, The Emperor's Realm, and The Three Crowns -- chronicle the adventures of Marianne and her brother Robin as they come of age in an enchanted land where frogs talk, fantastical creatures prowl, and danger doesn't stop at the edge of a dark forest. Though steeped in the tradition of classic fairy tales, The Fairytale Trilogy presents an engagingly fresh story with a modern sensibility.
2 Votes

The Fairytale Trilogy by Valerie Gribbon is a snappy, sword-wielding epic chronicling the escapades of Marianne and her dutiful brother Robin upon fleeing from an arranged marriage and a torturous apprenticeship, respectively. Mounting Leopold, a mammoth dragon residing in a glass marble no larger than your fist, they set out on a quest to avenge the death of their parents, Ingle and Karlyle, conquer the sinister Grimholdt, and possibly save a few kingdoms to boot.

What's this?
The Fairytale Trilogy review by KjOls

Marianne and her brother Robin are orphans. Their parents were killed by the wizard Grimholdt. In the first story, Fairytale, Marianne finds her brother ( they had been separated ) and discovers that a paperweight containing a dragonfly, when broken, can become a full grown dragon, whom she names Leopold. With Leo's help, Marianne and Robin travel a long way, and in one town, Robin purchases a disk with a dragon etched into one side. After a while, Marianne is kidnapped by Grimholdt and Robin must rescue her from the wizard's clutches.