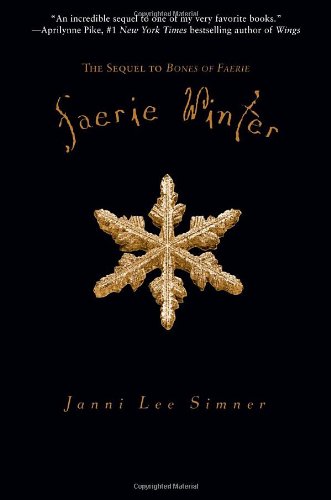 Faerie Winter
Janni Lee Simner
The long-awaited sequel to Janni Lee Simner's breathtaking YA fantasy debut, Bones of Faerie.Liza is a summoner. She can draw life to herself, even from beyond the grave. And because magic works both ways, she can drive life away. Months ago, she used her powers to banish her dangerous father and to rescue her mother, lost in dreams, from the ruined land of Faerie.Born in the wake of the war between humanity and Faerie, Liza lived in a world where green things never slept, where trees sought to root in living flesh and bone. But now the forests have fallen silent. Even the evergreens' branches are bare. Winter crops won't grow, and the threat of starvation looms. And deep in the forest a dark, malevolent will is at work. To face it, Liza will have to find within herself something more powerful than magic alone.Here at last is the sequel to Bones of Faerie, for all those fans of dark fantasy and dystopian adventure who thrilled to Janni Lee Simner's unique vision of a postapocalyptic world infused with magic.
1 Vote

After it is known throughout the town that all born after the war have magic in them the "Afters" are more free to practice their powers in front of the "Befores", those born before the war. Some of them use their gifts to help the town, Liza and Matthew do just this by going on patrols. The point of their patrols is to find shadows, spirits of those who died during the war, and lay them to rest before they reach the town in search of lost loved ones.