The Eyes of a King 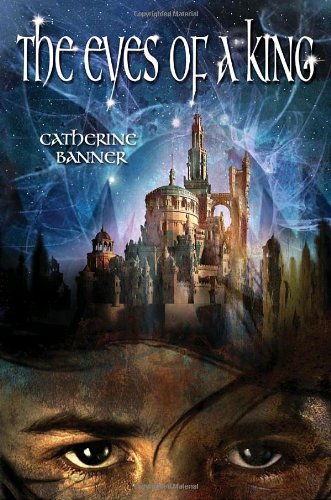 The Eyes of a King
Catherine Banner
FIFTEEN-YEAR-OLD LEO NORTH’S prospects in life are limited. He attends military school, lives with his fearful grandmother, and looks after his brother Stirling. He resists his innate powers, because those who demonstrate any sort of magical ability are considered enemies of the state. But when he finds a blank book in the snow, his typical indifference melts away. From the first moment he touches the book, he senses its strange power. Passages start to appear on the pages—revealing family secrets, telling the history of Malonia, and uncovering the story of Ryan and Anna, two teens from a parallel universe. When Leo’s seemingly narrow path takes an unexpected tragic turn, he finds himself on a journey from which he can never really return. And, as he slowly begins to lose touch with reality, Ryan and Anna’s story comes to the forefront. Their idyllic summer romance—seemingly worlds away from Leo—has everything to do with Malonia.
1 Vote

Tweet
The Eyes of a King review by SMill

Leo North is a gifted child. Though it is not apparent, his magical gifts must be suppressed under the laws of the kingdom. Leo lives in Malonia, a land ruled by the worst of kings who puts all his people under worry and strain. Leo's life has no prospects and appears bleak until he find a plain blank book in the snow. From the first time writing appears in the book, Leo is thrown into the minds of others and his life begins to change. Through the black book he is shown the life of Aldebranan, an exile who has similar yet stronger powers than Leo.