The Eye of Minds (The Mortality Doctrine) 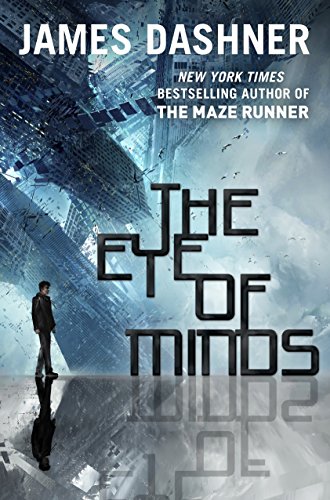 The Eye of Minds (The Mortality Doctrine)
James Dashner
Q&A with James Dashner (Interviewed by Brandon Sanderson) Q. The Eye of Minds is quite the edge-of-your-seat cyber adventure. How did you come up with the idea to write such a different type of book compared to the Maze Runner series? A. Well, my good sir, first of all, thanks you for saying that. When I started brainstorming what I wanted to do next, I didn’t really think much about The Maze Runner books, or try too specifically to be different. I just wanted an engaging story, something that I’d love to write for several books. Two of my favorite movies ended up serving as an inspiration: The Matrix and Inception. Readers will see a lot of influence from those stories. In fact, I kept thinking a certain something would happen in The Matrix, and it surprised me when it never did. It happens in my book! Q. Recently, privacy, online security, and online warfare have been featured prominently in the headlines. Did that influence your fiction at all? If not, do you think it’s a coincidence that those issues are cropping up right when you were inspired to write this particular book? A. I think everything in the news influences me without my realizing it. It chills me to the bone when I think of what hackers can do to the stability of so many things that we take for granted. I’m also fascinated by the realm of virtual reality, and what happens when you can no longer tell the difference between what is real and what is not. But, mainly, really I just set out to write a great story. Q. There’s a lot of great buzz surrounding next year’s release of the film version of The Maze Runner. As the author, you must have the world completely imagined in your head. How close do you think the movie will be to that vision? What are you most looking forward to seeing on the big screen? How do you feel your readers will respond to the transformation from page to movie screen? A. Of all the things in my career so far, I have to admit this is the one I’m most excited about. I’ve been a movie buff all my life, and to see something I wrote being turned into one . . . It’s just surreal and hard to believe. It was scary at first to place something so close to you in the hands of someone else, but luckily for me, I’m in very, very good hands. I’ve been blown away by how much Director Wes Ball and the producers have captured the vision of the book. Also, at how true they’re being to the spirit and tone and story. I think my readers are going to love it. Personally, the scene I’m most excited to see is the one where Thomas gets stuck in the maze for the first time, with Alby and Minho. Q. Tell us about The Eye of Minds! A. It’s in the future, but I really don’t want people to think of this as dystopian. It’s not. The world is basically in fine shape. But virtual reality technology has gone through the roof and most people are obsessed with it. Like I said earlier, the line between what’s real and what’s not gets blurred, which sets the stage for some fun twists and mind-bendy stuff. I think my fans will have a good time with it.
1 Vote

Tweet
The Eye of Minds (The Mortality Doctrine) review by alphatauri

For Michael, the VirtNet isn't just a game. It's more than a dream, too--for him and countless others, the VirtNet is reality. Who could resist its endless dream worlds and epic fantastical situations; who would ever trade it for real life scenarios? Certainly not Michael and his friends. Not to mention, the VirtNet experience is made all the better when you can break the rules and hack your way to victory. But recent reports have surfaced, one about a mysterious terrorist that uses his hacking skills for a deadly plot against the entire VirtNet.