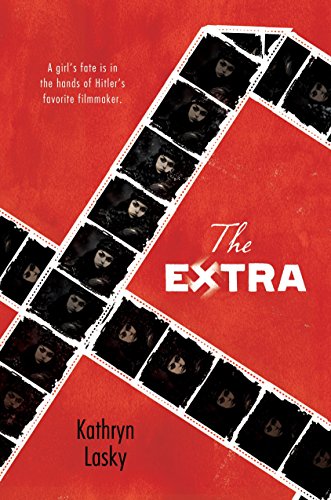 Is the chance to serve as an extra for Hitler’s favorite filmmaker a chance at life — or a detour on the path to inevitable extermination?One ordinary afternoon, fifeen-year-old Lilo and her family are suddenly picked up by Hitler’s police and imprisoned as part of the "Gypsy plague." Just when it seems certain that they will be headed to a labor camp, Lilo is chosen by filmmaker Leni Riefenstahl to work as a film extra. Life on the film set is a bizarre alternate reality. The surroundings are glamorous, but Lilo and the other extras are barely fed, closely guarded, and kept in a locked barn when not on the movie set. And the beautiful, charming Riefenstahl is always present, answering the slightest provocation with malice, flaunting the power to assign prisoners to life or death. Lilo takes matters into her own hands, effecting an escape and running for her life. In this chilling but ultimately uplifting novel, Kathryn Lasky imagines the lives of the Gypsies who worked as extras for the real Nazi filmmaker Leni Riefenstahl, giving readers a story of survival unlike any other.
2 Votes

This book is about a girl who gets taken by the Nazis.  She has to leave her house, her friends, her belongings when a group of Nazis come to take her and her family away.  They are taken to the local prison, which is crowded with Jews and Gypsies.  She meets some new friends, she finds some old friends.  She and her mother are taken to a new camp.  There, they are sent with some lucky people to be extras in movies with Hitler’s favorite actress, but she finds that it is not what she expected.

What's this?
The Extra review by bookgirl1289

Set during World War II, The Extra by award-winning author Kathryn Lasky is a wonderful story centering on a Gypsy girl, Lilo Friwald. Lilo and her family are living in Vienna when Hitler’s soldiers come. They are taken away to a Gypsy work camp along with hundreds of others. Soon Lilo and her mother are separated from Lilo’s father and taken to work as extras for famous filmmaker Leni Riefenstahl. But the movie set isn’t the hoped-for oasis; the Gypsy extras are guarded day and night, starved, and, when they are not on set, locked in an old barn.