Exploits of a Reluctant Hero 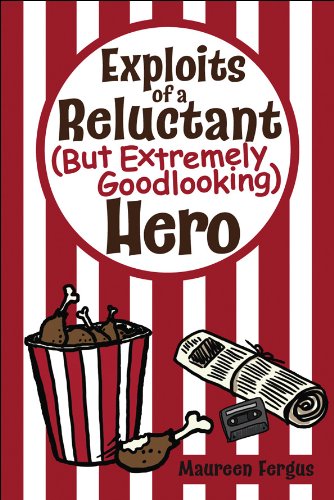 Exploits of a Reluctant Hero
Maureen Fergus
Meet a teenage hero who likes nothing better than to sit back with a bucket of fried chicken and a girlie magazine, waiting for his family plumbing fortune to come to him. But when our hero gets into some serious trouble, he's forced to volunteer at a local soup kitchen where he finds himself at the center of a struggle between the rich and the poor, the selfish and the selfless. It is a worthy cause he could care less about until the day he stumbles across a shocking piece of information. What happens next surprises everybody, including our very reluctant hero. Exploits of a Reluctant (But Extremely Goodlooking) Hero is a novel of adventure, intrigue, Ukrainian dance lessons, disruptive horseplay, inappropriate ogling and some truly heroic consumption of junk food. Adrian Mole meets South Park in this often outrageous and always hilarious trip into the inner world of a boy teetering on the brink of manhood.
1 Vote

Tweet
Exploits of a Reluctant Hero review by ALue

Exploits of a Reluctant Hero by Maureen Fergus is the story of a young teenager's journey to save the local soup kitchen from shutting down. The beginning of the story paints a picture of an adventurous teenager and his many unusual endeavors. His family moves to Winnipeg because his father is taking over the family business in town, and he joins the local business manager association. After a failed attempt of swindling over $900 from his dad's business, our "hero" is sentenced by his parents to serve at the local soup kitchen.