Everything I Know About You 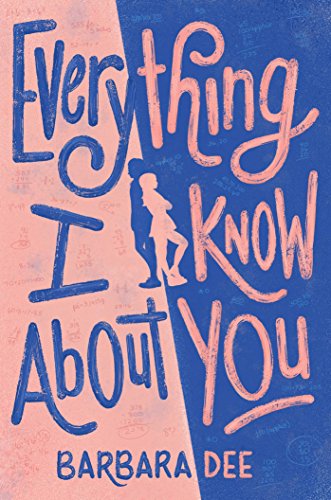 Everything I Know About You
Barbara Dee
Misfit Tally is forced to room with queen bee Ava on the seventh grade field trip to Washington, DC, and discovers several surprising things about her roommate—including the possibility of an eating disorder—in this timely new novel from the author of Star-Crossed and Halfway Normal.During a class trip to DC, twelve-year-old Tally and her best friends, Sonnet and Caleb (a.k.a. Spider) are less than thrilled when they are assigned roommates and are paired with kids who are essentially their sworn enemies. For Tally, rooming with “clonegirl” Ava Seely feels like punishment, rather than potential for fun. But the trip is full of surprises. Despite a pact to stick together as much as they can, Sonnet pulls away, and spider befriends Marco, the boy who tormented him last year. And Marco just might “like” Tally—what’s that about? But the uneasy peace in Ava and Tally’s room is quickly upended when Tally begins to suspect something is off about Ava. She has a weird notebook full of random numbers, and doesn’t seem to eat anything during meals. When Tally confronts Ava, Ava threatens to share an embarrassing picture of Tally with the class if Tally says anything to anyone about her suspicions. But will Tally endanger more than her pride by keeping her secret? This is one class trip full of lessons Tally will never forget: how to stay true to yourself, how to love yourself and embrace your flaws, and how being a good friend can actually mean telling a secret you promised to keep…
1 Vote

Tweet
Everything I Know About You review by AveryTodd4

Everything I Know About You is the perfect title for Barbara Dee’s story of an unlikely friendship that must first survive the misguided first-impressions that middle schoolers assign each other. Tally, a headstrong “mother bear” of her friends, has always been bigger than the other kids. Therefore, she has felt an obligation to protect those she cares about, especially her best friends, Spider and Sonnet. Following Tally’s lead, the trio of friends actively avoids contact with the “clonegirls” and two boys who bullied Spider years ago.