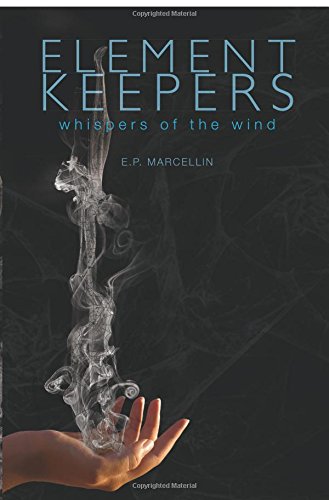 Element Keepers
E. P. Marcellin
Rhet guts fish for a living, content in obscurity until the day he is plucked from the wharves by nine exotic strangers and carted across the continent to a life-sentence of imprisonment. Though he has done nothing (as far as he knows) to warrant such capture, his captors are certain he will one day destroy the world if they do not prevent him. Though it is true that Rhet discovers great powers, he is neither villain nor hero. He is unique in a world where some can pull threads of wind from the air and weave it to do their bidding; he can bring wind into being where there is none. But a quest for domination begins to unravel the very fabric of the world, destroying the balance that must be maintained. It only took one to start the spiral toward chaos, but one alone cannot save the world, no matter how great his power. A new chapter in the story of the human race has begun. A slave will come to rule, a dockworker will meet his fate, and an unlikely group of companions will find themselves thrust to the forefront of the battle for life's existence. And man's future may be only Whispers in the Wind.
2 Votes

Rhet is a young man living with his friend Peteal, in the city of Seatra, where where he skins fish for a living. Suddenly, he is grabbed from the docks with his friend Peteal by nine strangers who can bend the wind to their will. They take him to the strange city of the Ydah for a life imprisonment because they think he will eventually destroy the world.

Rhet, a dockworker in the land of Seatra, and his friend Peteal are mysteriously taken away from their home one day by nine magical strangers called Y'dah with the ability to weave and control the wind. According to prophecy, Rhet possesses an unimaginable power strong enough to destroy the world. Locked up and treated as a prisoner, he does not understand where he is or why he was taken from Seatra. When one young Y'dah named Soralin discovers a hidden passage of the prophecy that explained Rhet's capture, she learns that his powers will save the world, not destroy it.