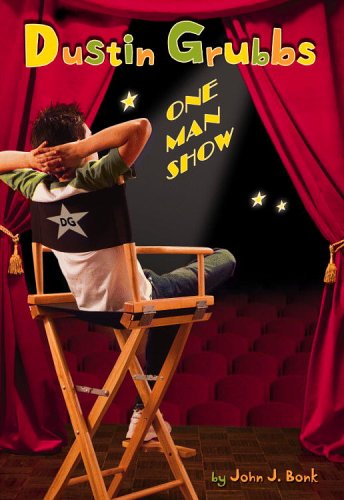 Dustin Grubbs
John J. Bonk
Maybe wanting to be an actor is kind of an ambitious career goal for an 11-year-old, but this doesn't stop Dustin Grubbs. He refuses to accept defeat, like when the school play he's assistant directing and starring in, The Castle of The Crooked Crowns, seems doomed to failure at every turn. Then Jeremy Jason Wilder, international star of Dustin's favorite sitcom Double Take, moves to Buttermilk Falls. Can Dustin keep his cool or will Jeremy steal the show? Packed with hysterical one-liners, Dustin Grubbs: One-Man Show is the story of a sixth-grader with big dreams, lots of insecurities, and wacky characters that will have middle grade readers laughing themselves silly!
1 Vote

In his first novel "Dustin Grubbs, One Man Show", John J. Bonk examines the intersection of dreams and reality in middle school. The hero, Dustin Grubbs, wants to change the world through his stage performances. Unfortunately, Dustin has no acting experience since his mother does not approve of the theater because his father deserted the family three years ago to become a stand-up comic. When sixth grade teacher Miss Honeywell proposes a play, Dustin ignores his mother's expected disapproval and pursues his goal. Then reality sets in.