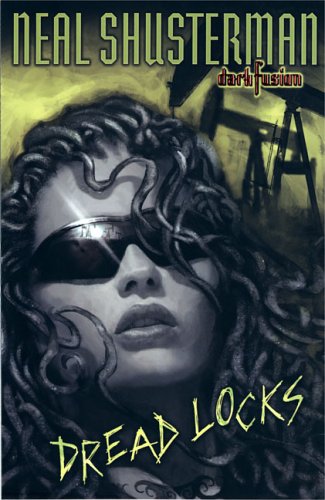 Dread Locks:Dark Fusion
Neal Schusterman
Combining elements from classical myths, fairy tales, and legends, fourteen-year-old Parker Bear learns the hard way that life isn't always what it seems to be after befriending the beautiful new girl in school who, through a series of strange events, reveals herself as something Parker could have never imagined.
1 Vote

Parker Bear had a life that any child would die for. He had rich parents, he was good at sports, was popular, and got what ever he wanted. Now that might seem great to me or you, but Parker hated it. He felt alone, even though he had everything, and disgraced by his family's spending habits. Until one day, he found a girl laying in his bed. She had long, curly, golden hair that seemed alive, but most noticeable was her big dark glasses. Are they, as she claimed, for an eye condition or for a sinister reason.