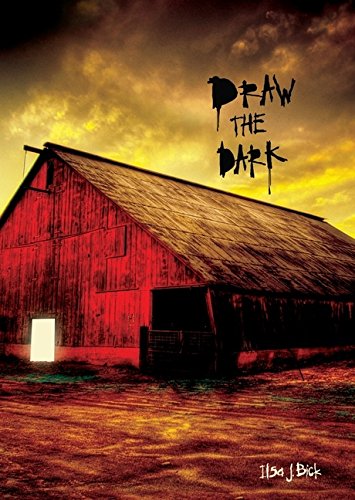 Draw the Dark
Ilsa J. Bick
There are things in Winter, Wisconsin, folks just don't talk about. The murder way back in '45 is one. The near-suicide of a first-grade teacher is another. And then there is 17-year old Christian Cage. Christian's parents disappeared when he was a little boy, and ever since he's drawn and painted obsessively, trying desperately to remember his mother. The problem is Christian doesn't just draw his own memories. He can draw the thoughts of those around him. Confronted with fears and nightmares they'd rather avoid, people have a bad habit of dying. So it's no surprise that Christian isn't exactly popular. What no one expects is for Christian to meet Winter's last surviving Jew and uncover one more thing best forgotten--the day the Nazis came to town. Based on a little-known fact of the United States' involvement in World War II, Draw the Dark is a dark fantasy about reclaiming the forgotten past and the redeeming power of love.
2 Votes

Christian Cage is a very...different 17 year-old. He has lived with his uncle ever since his parents disappeared when he was a baby. When Christian grew older he realized he hears voices from a place he calls the sideways place where he believes his mother and father are trapped. Christian obsessively draws his mothers eyes hoping he can somehow get to where they are and save them. While Christian is trying to figure out what to do he stumbles upon a mystery in the small town he lives in, Winter, Wisconsin.

What's this?
Draw the Dark review by ARaw1011

Draw the Dark by Ilsa J. Bick was a very thought provoking book. It centers around a strange 17 year old boy named Christian Cage. He lives with his uncle in the tiny town of Winter, Wisconsin after losing both his parents and aunt in strange accidents. Christian loves to draw more than anything and he seems to enter another world when he begins to draw. He blocks out the world around him and just draws. Christian mostly draws his mother and her eyes. He believes that she lives in a place that he calls, "the sideways place" and that he must draw her out.