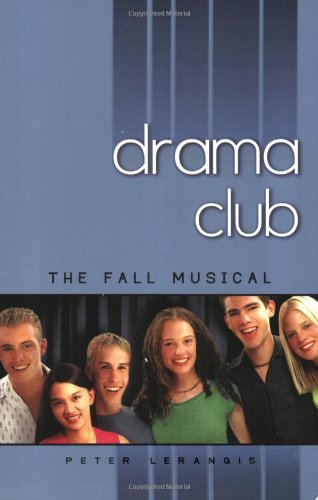 Drama Club: The Fall Musical
Peter Lerangis
New York Times Bestselling author Peter Lerangis sets the stage in this first book in the Drama Club series. It’s a new school year, and for Casey Chang it’s a chance to make a fresh start away from the bad memories in her old town. But for the Drama Club of Ridgefield High, it means a chance to recruit new members. And Brianna Glaser—the Type A co-president of the club—has her sights set on the new girl. But Casey soon finds herself sucked into the excitement and drama. For these kids, Drama Club isn’t just about a school play, it’s about passion and dreams and the future. All Casey wanted was a new life for herself, but Drama Club has opened up a whole new world."Overall, a solid and well-cast production."—School Library Journal on The Big Production
1 Vote

Who doesn't know the drama club? They practically run the school, and are the people everybody wants to be. But Kara doesn't know that. All she sees is an oppurtunity to be someone else. Someone different then who she was in her old town. But somehow she finds herself as stage manager, even though she doesnt even know what she's doing! Then a boy complicates Karas first real friendship in Ridgefield. And on top of all that, memories are coming to haunt Kara. Ones she tried to leave behind when she moved...