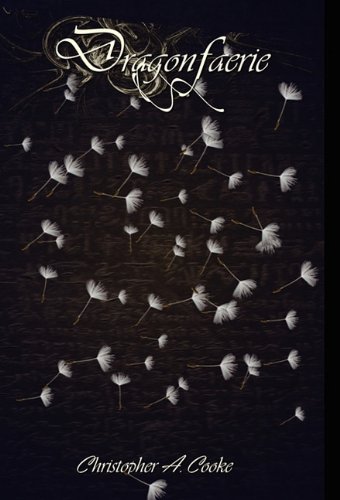 Dragonfaerie
Christopher A Cooke
Everyone has a little voice inside them that tells them to shirk responsibility, to create a scapegoat whenever something does not go to plan. Imagine if that voice was forced to learn empathy for the rest of creation. Will Englewood, a fifteen year old Iowa boy, saw his infant brother kidnapped by something that should not exist. After ten years of therapy and pills, he still feels pain and guilt. Only one thing will bring him out of his self-serving emotional exile: being taken from the world by the same creature that took his brother. Abducted to a world filled with exotic creatures, powerful magicians and treacherous landscapes, Will's only chance to escape to the world he knows lies in a mystical being known as the Dragonfaerie. Each new path leads him deeper into danger, and every person seems to have an agenda. With the help of Anlia, a mysterious girl with a troubled past, and McBride, a wise-cracking magician's apprentice, Will sets off to seek the creature that holds the only key to his return home. Along the way, he learns not merely that there are more pressing matters than his own misery, but that he must decide, finally, for what he is willing to live or die. Before his journey is over, Will is forced to decide whether to go home and live out his days as an average Midwestern teenager, or stay behind and help the world he is in -- before it tears itself apart.
1 Vote

Will is crazy. So everyone thinks, when he is constantly babbling about how a goblin came out of the closet and stole his baby brother. But 10 years later, the goblin comes back for him, taking him to Enoch, another world. A girl rescues him and they meet with a party of men, the leader of who assigns the girl to be Will's teacher until he is able to return to his own world. To return to Earth, Will, his teacher Adept Tenhmur, and his friend Prentice McBride must seek out the help of the Dragonfaerie.