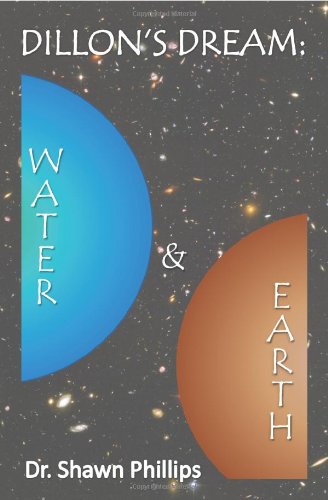 Dillion's Dream: Water and Earth
Dr Shawn Phillips
Rocket scientist and martial arts master Dr. Shawn Phillips launches the first novel of his amazing epic adventure. Dillon was a soon-to-be high school graduate living in California's modern day Antelope Valley until one afternoon his carefree life was torn apart by a near fatal car accident. The driver of the 1998 Honda Accord rushed him back to the Mulshin observation post on the Moon; starting the tailspin of events that thrusts him and his friends into a new reality where futuristic nanotechnology and chi-based magic are the ultimate chess pieces for the domination of two coalescing worlds. Can Dillon and his friends escape a treacherous planet and save Earth from a tug-of-war battle between highly advanced aliens and magical creatures of lore?
1 Vote

Dillon's Dream: Water and Earth is set in modern day United States in a quiet town. Dillon and his friends are making their way through high school using their fantasy game as a way of bonding together. While walking home one day, Dillon is hit by a car, or what he thought was a car at the time, and wakes up in an infirmary on the moon. There he is confronted with many new and strange things. He learns that there are other intelligent species in the universe and that one of the oldest ones have taken him in.