Diary of a Bad Boy 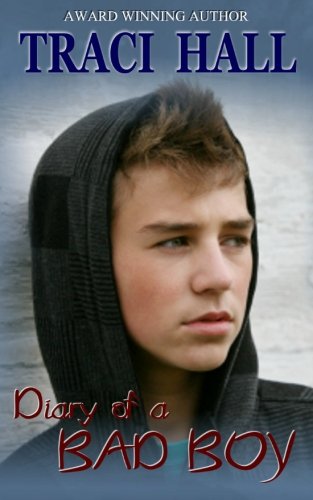 Diary of a Bad Boy
Traci Hall
Josh Grady is a screwed up teen about to get a second chance. After stealing a car, wrecking it in a terrible accident that puts his best friend in a coma, he's given a lucky break he's not sure he deserves. Instead of juvie, he's sent to Shining Star Boy's Ranch. Josh resents the rules, the counselors and the teachers, but most of all he hates the family atmosphere which reminds him of all he's lost. Journaling becomes an outlet that leads to self discovery. After many mistakes, Josh realizes that the hardest lesson of all is forgiveness.
1 Vote

Tweet
Diary of a Bad Boy review by ETiel0511

Josh Grady was a bad kid. He was abused and hurt physically and emotionally by his father and it hardened him into a troubled person. He took one big step in the wrong direction and the result put his best friend in a coma. Instead of being sent to jail, Josh is given a second chance and he goes to Shining Star Boy's Ranch to straighten out his life. For a while, Josh hated it. He hated all the rules, the teachers and counselors, and most of all he hated how kind everyone was to him because it reminded him of what he didn't have.