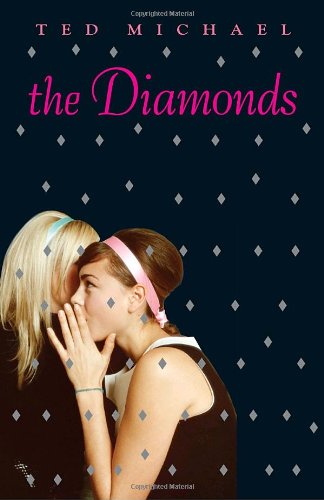 The Diamonds
Ted Michael
At Long Islands’s private Bennington School, the Diamonds rule supreme. They’re the girls all the boys want to date and all the girls want to be. And fortunately for Marni, she’s right in the middle of them. Best friends with the ringleader, Clarissa, Marni enjoys all the spoils of the ultrapopular: boys, power, and respect. But then Marni gets a little too close to Clarissa’s ex-boyfriend, Anderson.Wrong move. The Diamonds don’t touch each other’s exes. And just like that, Marni is jettisoned from Diamond to lower than Cubic Zirconia.But Marni isn’t about to take her ouster lying down. She has dirt on the Diamonds, and she’s not about to go down without a fight. Everyone knows, the only thing strong enough to cut a Diamond is another Diamond. Ted Michael is a literary agent and first time novelist. He lives in New York, New York.
1 Vote

The Diamonds At Bennington High School, the Diamonds rule. The Diamonds are the most popular girls at Bennington. They're the ones that guys want to date and who girls want to be. Being a Diamond is the best thing Marni Valentine could ask for. She's best friends with the ring leader, Clarissa. Life seems perfect, until Marni gets too close to Clarissa's ex-boyfriend, Anderson. Big mistake. Now Marni has gone from Diamond to a lower class loser. Even worse, the Diamonds are the new mock trial team and they're delivering their so called justice to anyone in their path.