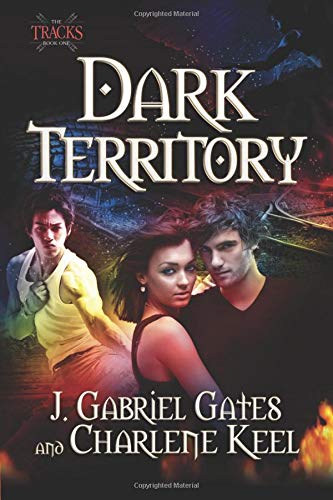 Star-crossed Love, martial arts, and supernatural evil meet at the abandoned tracks in the deceptively quaint town of Middleburg...When Ignacio Torrez moved from the rough streets of Los Angeles to a small town dead smack in the middle of nowhere, he never expected to find himself in the midst of a gang war. But, he soon learns, these are no ordinary gangs. The wealthy, preppie Toppers on one side of the tracks and the working-class Flatliners on the other adhere to a strict code of honor and use their deadly martial arts skills, taught to them by the wise Master Chin, to battle one another for pride, territory, and survival. When Raphael, leader of the Flatliners, falls for Aimee, a Topper girl, the rival gangs prepare for a bloody, all-out war. The only hope for peace between them lies within the dark territory of the abandoned train tunnels where the tracks cross. Under the direction of the mysterious and frightening Magician, the awesome power within the crossing sends the rivals on a terrifying mystical quest to fight the malevolent force that threatens the existence of Middleburg.
2 Votes

Ignacio Torrez has just moved to the middle of nowhere, a small town called Middleburg, which has two gangs: the rich Toppers and the middle class Flatliners. The gangs regularly engage in wars using the strict code of martial arts, taught to them by Master Chin. But Middleburg is no ordinary town. It is the crossing point of two railroad tracks in the train tunnel, which is called "dark territory" for good reason. Something lives in the tunnel and nobody who enters ever comes out alive.

Ignacio Torrez moved out of L.A. to avoid becoming a gang member. However, when he gets to Middleburg, he finds himself in the middle of a gang war. The Toppers live on the rich side of the tracks, and the Flatliners are struggling to live on the other. When the leader of the Flatliners, Raphael, falls for the sister of a Topper, Aimee, both gangs start to prepare for a war. When the mysterious Magician appears to both gang leaders, the boys realize that there may be a chance for peace. Will the two gangs finally make peace or will Middleburg and the world be destroyed?