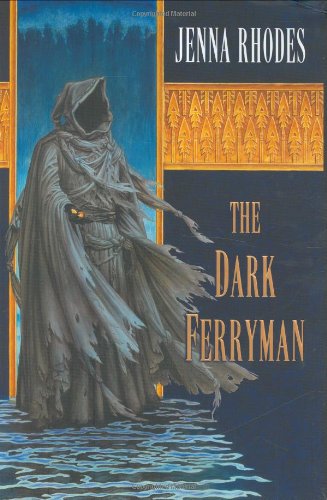 The Dark Ferryman
Jenna Rhodes
As the civil war escalates, Sevryn and Rivergrace are separated from each other as Rivergrace battles the warrior queen Lariel's accusations of high treason, with only her Dweller sister and the mysterious Dark Ferryman as her allies, in the sequel to The Four Forges.
1 Vote

Warrior Queen Lariel Anderieon is faced with inevitable battle. Plagued with worries and visions she prepares for a battle against the Galdarkan warlord, Abayan Diort. She calls upon staunch friends and uneasy allies in order to have enough support for the upcoming war. While preparing, the ancient Raymy attack the shores of Kerith. An unholy alliance between this ancient foe and Quendius, the half-breed weaponsmith intends to bring both Vaelinar and Galdarkan to their knees.