The Cure for Crushes 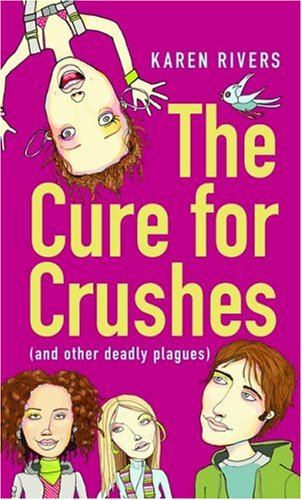 The Cure for Crushes
Karen Rivers
This follow-up to The Healing Time of Hickeys, covers the second half of hapless Haley Andromeda Harmony’s last year of high school. Haley likes to think she's just a normal girl, plagued with all the normal doubts of a too-smart-for-her-own-good, slightly hypochondriac, hickey-prone teenager. In the first book devoted to her semi-glamorous life, she faced chicken pox, puzzled over her dad’s mysterious job, and documented in her diary the indifference of the object of her affections, J. T. Now, in her final months of high school, she must face the inevitable question: What happens next? Finding the answer isn’t easy. For one thing, she has a real boyfriend now, but that doesn't stop her from having crushes on nearly every other boy she meets. Plus, her dad has moved his Much Younger Girlfriend (MYG) into their ramshackle house. From bungee jumping in winter to supporting best friend Jules at auditions for the TV show “Who's the Prettiest of Them All?” Haley’s TGMYL 2 (“the greatest year of my life, part two”) — recorded as diary entries channeled through award-winning author Karen Rivers — has more than its fair share of misadventures.
1 Vote

In the continuation of the greatest year of Haley Harmony's life, she suffers through a series of traumatic events, the first of which is when she encounters her long lost mom who has since converted to a nun. Her jobless father now has to find a job, and along the way meets Melody, the much younger girlfriend (MYG). Her best friend, Jules, is dating the boy she's had a crush on since 9th grade and is also a contestant on the tv show, Who's the Prettiest of the All? while her other friend, Kiki, is mysteriously absent.