The Crystal Ordeal (Legends of Leone) 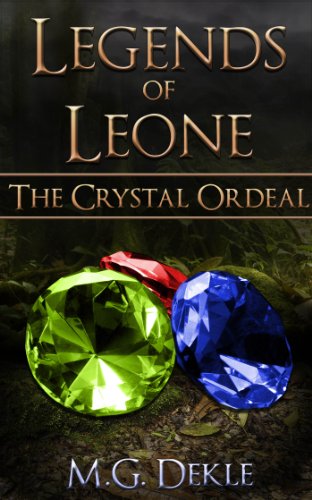 The Crystal Ordeal (Legends of Leone)
M.G. Dekle
At a young age, Leone Verrat learned that her ability to cast simple magical enchantments was limited by a peculiar handicap. Unlike other sorcerers, her spells would not permanently consume the components necessary for magic, resulting in much weaker and shorter effects but returning the ingredients unscathed. Even though she earned barely passable grades in order to graduate from Blueroot Academy, a school specializing in magical studies, an unknown benefactor still saw fit to recommend her for Morgan's Ordeal, a test necessary for any respectable career.She is soon inextricably linked to her theatrical Ordeal partner, Falchion, as they must brave the dangers of the test together. They both quickly discover that the Ordeal is the least of their concerns when they find themselves in the middle of an ancient power struggle.The Crystal Ordeal follows Leone from her graduation day through a catastrophic magical mishap and its immediate consequences.This thrilling full-length novel begins the "Legends of Leone" Young Adult Fantasy series.