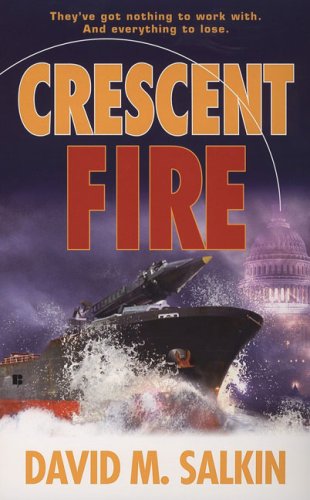 Crescent Fire
David M. Salkin
Agents Still and Hollahan are on a special assignment-neutralizing a mysterious terrorist mission known only as Crescent Fire. The terrorists' weapon is a Scud missile-and their target is the White House. Good thing these boys know how to work under pressure.
1 Vote

Crescent Fire, by David M. Salkin, is about a group of CIA operatives trying to stop a terrorist mission against Washington, D.C. The two main characters are agents Still and Hollahan, and they have been selected to try to stop a mission that they only know the name of: Crescent Fire. The plot goes between the men on the aircraft carrier -- Still and Hollahan among them -- the terrorists -- headed by Fadi Wazeeri and his brother, Kareem -- and the CIA agents back in the United States.