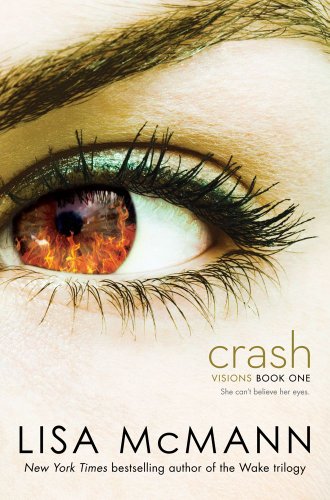 Crash
Lisa McMann
If what you see is what you get, Jules is in serious trouble. The suspenseful first of four books from the New York Times bestselling author of the Wake trilogy.Jules lives with her family above their restaurant, which means she smells like pizza most of the time and drives their double-meatball-shaped food truck to school. It’s not a recipe for popularity, but she can handle that. What she can’t handle is the recurring vision that haunts her. Over and over, Jules sees a careening truck hit a building and explode...and nine body bags in the snow. The vision is everywhere—on billboards, television screens, windows—and she’s the only one who sees it. And the more she sees it, the more she sees. The vision is giving her clues, and soon Jules knows what she has to do. Because now she can see the face in one of the body bags, and it’s someone she knows. Someone she has been in love with for as long as she can remember. In this riveting start to a gripping series from New York Times bestselling author Lisa McMann, Jules has to act—and act fast—to keep her vision from becoming reality.
1 Vote

Jules just wants to be normal; to blend in. But that’s hard to do when you see visions, or to be more exact, one vision over and over again. When she goes to the movies, she sees an extra trailer; when she watches TV, she sees an extra commercial. In her vision, a snow plow hits a building and explodes. Just when Jules thinks she’s got it under control, it gets worst. In every window, the scene plays out, and worst, she keeps seeing the boy she’s loved dead body. Everyone thinks she’s insane, but the clock is running out to stop the crash.