A Crack in the Line 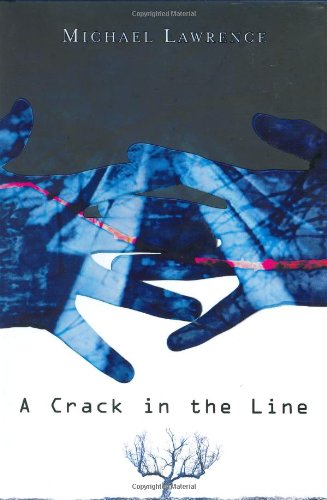 A Crack in the Line
Michael Lawrence

The mystery has begun Alaric It's been two years since his mother died in a terrible train crash, and Alaric's life continues to unravel. He and his father are barely on speaking terms, and Withern Rise, their Victorian mansion, is in shambles. Trapped at home during a blizzard, Alaric stumbles into a parallel world; a reality in which his mother is still alive. There's only one problem ... someone else is living his life. Naia Naia tries not to dwell on the horrible accident two years ago that nearly took her mother away. Now that life with her parents in Withern Rise has returned to normal, Naia thinks the worst is behind her. But during a freak snowstorm she's confronted by a stranger. Why does this boy look like her? Why does he have the same thoughts? The same memories? Who is he? Alaric's and Naia's discovery of each other sets off an electrifying chain of events. And as their lives - and lifelines - entwine, the two teenagers uncover a truth with the power to rearrange, or even erase, their very existence.
2 Votes

Tweet
A Crack in the Line review by JMc

Alaric Underwood is in a deep depression due to the horrible death of his mother in a train wreck. Naia Underwood is very happy in her life with her mother. Just the memory of the terrible train accident that almost took her mother away sends her mind reeling. When Alaric discovers the alternate reality where his mother is still alive, he longs for some answers. Where is he? How can his mother be both dead and alive? And who is this girl that looks just like him? A Crack in the Line is a mysterious journey with plenty of hair-raising ideas.

What's this?
A Crack in the Line review by AG

A Crack in the Line, by Michael Lawrence, is a story about two sixteen-year-olds, Alaric and Naia, who discover that they are living in parallel universes. In these parallel universes, they are both living almost the exact same life. They share the same thoughts, moments, and they even look alike. Only one major difference exists between their lives, other than the fact that Alaric is a boy and Naia is a girl. Alaric's mother died in a train crash two years earlier, while Naia's mother survived the disaster.