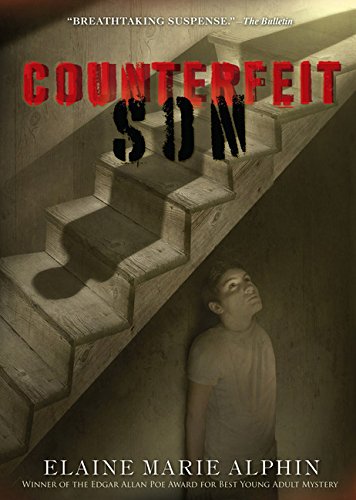 Counterfeit Son
Elaine Marie Alphin
Cameron Miller is pretending to be someone he isn't. When he began presenting himself as Neil Lacey, it was the only way he could think of to distance himself from what Pop had done, to finally climb out of his nightmarish existence. He thought it would be easy--playing the rich kid, sailing his boat--but he didn't count on Cougar. Now Cougar, his father's old accomplice, has tracked Cameron down and presented an ultimatum: Share the wealth or be exposed. Will Cameron give up his new identity to protect Neil's family? Or will he let his search for a new life destroy those around him?
1 Vote

As the son of a serial killer, Cameron Miller has had a very troubled life. Trapped in a cellar for days at a time, he reads the haunting newspaper clips of his father's victims, and sits trying not to listen to the muffled screams and inhaling the sickly sweet smell of death. His father's filing cabinet contains golden information; families that have lost their sons to his father, families that need a miracle of their son returning.