Confessions of a Triple Shot Betty 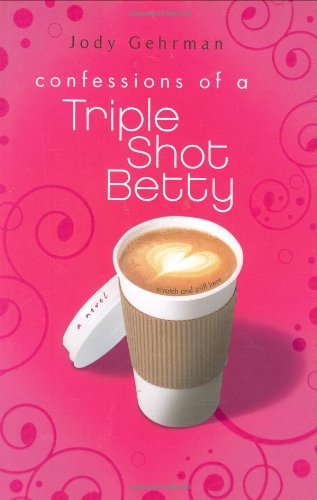 Confessions of a Triple Shot Betty
Jody Gehrman
While working at the Triple Shot Betty during summer break, Geena's great plans are ruined when her best friend and cousin meet and instantly hate one another, but as the weeks go on and endless dramas unfold, the three finally put their silly differences aside in order to have great group adventures that no one will ever forget! 30,000 first printing.
1 Vote

Tweet
Confessions of a Triple Shot Betty review by SOgni

Geena Sloane starts her summer off with the perfect plan: working at Triple Shot Betty's by day and giggling and painting toenails by night at sleepovers with her best friend, Amber, and her cousin, Hero. Amber and Hero are finally going to meet and Geena knows they will hit it off.

There's just one problem, once they do meet, Geena realizes that she was very wrong. Hero and Amber hate each other and Geena is caught in the middle, needing to be loyal to both, but not knowing how. Geena works hard trying to make them like each other, but it just isn't working.