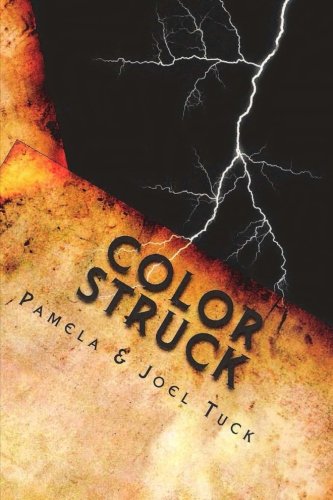 "A deathbed shouldn't be the peacemaker in this family." Fifteen-year-old Renee Steele never understood what PaPa's words meant, until she's caught in the middle of a growing battle between her two older cousins. Their clashing attitudes regarding skin tone, trigger a sensitive nerve in their Grandma Bell. As tension mounts between the three girls, Grandma Bell detects trouble returning from the grave. She's determined to stop it, and takes the girls on a quest back in time to do it. Her narrative begins with her secret courtship and eloping with Pa-Pa, "Buck Steele", because their fathers are archenemies. Due to a lack of money, the newlyweds are forced to live with Buck's parents, Silas and Emma. Grandma Bell's newlywed dreams turn into her worst nightmare, as she begins her married life as the despised dark-skinned daughter-in-law. Her presence does more than anger her in-laws...it haunts them!
2 Votes

Color Struck is the story of Bell, a young African- American woman who runs off to marry Buck Steele in secret because their fathers do not get along. Due to lack of money, the young couple has to live with Silas and Emma Steele, Buck's parents, who are less than thrilled to have Bell in the family. Living with Silas and Emma is hard enough for Bell, but soon she realizes that something about her stirs up a Steele family secret.

Racial conflicts have torn families apart for centuries, whether it is as far back as the Civil War or Martin Luther King Jr.s Civil Rights Movement. Color Struck by Pamela and Joel Tuck demonstrates the effects of prejudice in the Steele family, a problem in fifteen year old Renee Steeles life to a problem color once caused for her grandmother. Renee loves her two older cousins, but as they grow older, they seem to bicker more and more.