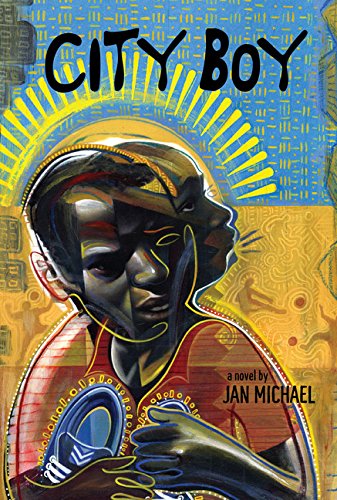 City Boy
Jan Michael
Set in contemporary Malawi, a poignant account of an orphaned boy's transition from city life to village life.Sam's widowed mother has died from "the Disease," and Sam is claimed by his aunt Mercy, who lives in the small African village where Sam's mother was born and raised. The gap between Sam's life in the city, where he had his own room, attended private school, and used a computer, and his new life in the dirt-floored one-room hut, which he is to share with his aunt and cousins, is vast beyond imagining. Grief, loneliness, and the absence of everything familiar make for a rocky transition to a traditional culture where possessions count for little and everyone is expected to do his or her share.
1 Vote

Sam has grown up very comfortably as an only child. Every morning he is driven to a private school which he attends up until the day his mom passes away. Sam's mother and father both die a slow, painful death caused by AIDS. His Aunt, Mercy, willingly takes him in. Sam now has to say goodbye to the life he once had. He is forced to live in poverty and struggles with the drastic changes in his life. He lives with four other children in a small house that doesn't even have electricity. He also has difficulty making new friends. Sam feels alone and confused.