The Circle of Friends: Book III 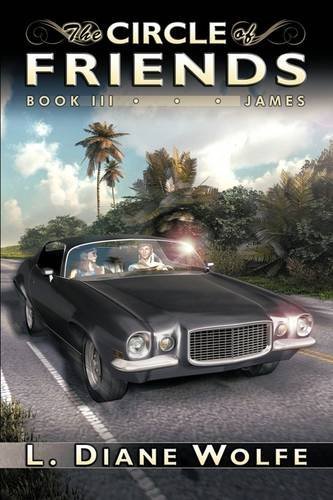 The Circle of Friends: Book III
L. Diane Wolfe
Haunted by a troubled past... The future appears bright for James Sheppard. Emerging from a troubled childhood, he is blessed with talent and a good work ethic. Excelling in his classes and at the campus newspaper, James's goal of editor appears within his grasp. However, years of abuse and loneliness have dampened his spirit. By the time Maria enters his world, James is nearing the breaking point. Her innocent love slowly fills the void in his life, boosting his confidence and giving him hope. When a crisis abruptly forces him into adulthood, James is saddled with more responsibility than expected. Struggling to cope with the situation, the past returns to haunt him. Will James find peace before the mistakes of his father destroy him completely? Described as "encouragement personified", Wolfe's five-book Southern-based series portrays love and friendship overcoming all obstacles. Known as "Spunk On A Stick" to her fans, Wolfe is also a professional speaker. Originally from Oregon, she now resides in North Carolina. "With a positive attitude, any goal can be achieved!"
1 Vote

Tweet
The Circle of Friends: Book III review by VBer

Circle of Friends: James is about, Surprise surprise, James, and his complicated life with his girlfriend, Maria. James is a tragic character, whose life has been pretty much all around awful up until the book starts. He has some loyal friends, and has had some girlfriends, but his father is abusive and his mom walked out on him when he was young. At the start of the book James is reuniting with an old flame. She has a history of cheating on him, and she does again. James is devastated, so his friend Lori sets him up with Maria, a sweet, pretty, and shy girl.