The Circle Book One of the Sidhe 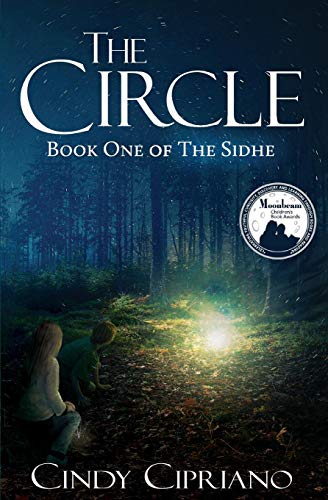 The Circle Book One of the Sidhe
Cindy Cipriano
Calum Ranson is sure of three things: his cousin Finley is alive, Calum will find him, and no one knows Calum and his family are Sidhe. No one until Laurel shows up at his mother's bookstore wearing a dark clan's mark. When Calum learns the details surrounding the disappearance of Laurel's brother, he suspects the evil Hobayeth clan. Calum and Laurel work together in the Realm of Man and the Otherworld to rescue her brother - revealing a connection between Calum and Laurel that may cost Finley his life. The Circle is the first is a series of seven books.
2 Votes

Tweet
The Circle Book One of the Sidhe review by Anjel

After Finley’s disappearance, his cousin Calum cannot stop blaming himself for what happened. Until he learns the truth.

What's this?
The Circle Book One of the Sidhe review by aeehrhardt

Calum Ranson is a boy with a secret. He has magical Sidhe powers that he needs to hide. He was born on the Aessea mound, in the other world. He traveled to the Realm of man when he was little, and has been there ever since. But then, a girl named Laurel comes and changes everything.