Charlie Bone and the Invisible Boy 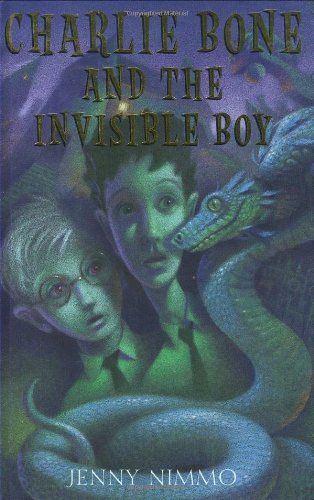 Charlie Bone and the Invisible Boy
Jenny Nimmo
The third book in the Children of the Red King series, CHARLIE BONE AND THE INVISIBLE BOY offers more magical fantasy that is fast paced and easy to read.This semester at Bloor's Academy brings a few changes. There is a new art teacher, Mr. Boldova, and a new student named Belle, who lives with the Yewbeam aunts and seems to have strange power over them. Emma and Charlie soon discover Mr. Boldova's secret identity: He is the older brother of Ollie Sparks, the boy who lives in the attic of Bloor's Academy. Ollie had always been prying into matters that didn't concern him, so Ezekiel Bloor had made him invisible. When Charlie and his friends find him, Ollie is alone and hungry, so they promise to help him become visible again.
2 Votes

Tweet
Charlie Bone and the Invisible Boy review by AJ

Charlie Bone and the Invisible Boy is a really good book. The main character, Charlie, is a brave and smart boy who stands up to his enemies. Charlie goes to a school called Bloor's Academy. The school is for music, art, and drama talented kids. It also has a section for differently talented kids, the endowed ones. They are the descendents of the Red King and have magical powers. Charlie is endowed and can talk to and sometimes enter pictures and portraits. This talent leads him to trouble, but also helps him. In this book, Charlie's evil great aunts are plotting something.

What's this?
Charlie Bone and the Invisible Boy review by MY

Charlie is a magical young boy who attends Bloor Academy. When Charlie finds his Uncle Paton left a note that says he was leaving to prevent his aunts from doing something disastrous, life gets a little hectic. For one thing a new girl named Belle that can change the color of her eyes has come to Bloor's Academy. Then Charlie and his friends find out, with the help of Billy Raven, that a mysterious boa has turned Ollie Sparks invisible! They also realize that Belle is really Yolanda, a one hundred year old woman who is a shape shifter and a hypnotizer.