The Celebutantes: In The Club 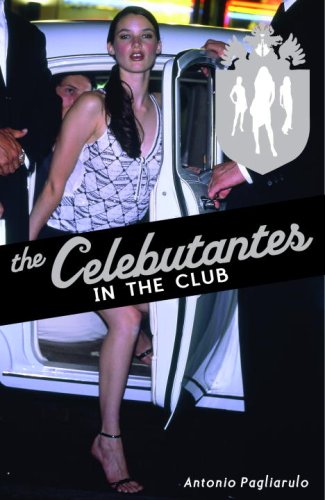 The Celebutantes: In The Club
Antonio Pagliarulo
The school year’s almost over, and Madison, Park, and Lexington Hamilton are ready to trade in their Birkin bags for bikinis. But before vacation comes work, and the triplets have plenty of it. Cleopatra, the newest, hottest, and most expensive club in Manhattan, is opening–and it just happens to also be Hamilton Holdings’ latest business venture. The girls must throw the party to end all parties. But this is one opening the sisters won’t soon forget. Before the night ends, the body of a classmate is found with a bloody wound on the side of his head. At first glance, the case appears to be open-and-shut. But the girls smell trouble. They know the murderer is still out there, and they’re willing to bet their sizable inheritance that the police won’t be able to unravel the mystery. Murder is so out, but until this crime is solved, it’s arrivederci Italia. And the Hamilton sisters simply won’t accept that as an option.
1 Vote

The school year's almost over, and Madison, Park and Lexington Hamilton are ready for the summer. Cleopatra, one of Hamilton Holding's latest business ventures, is opening and everyone is talking about it. They do not know that it will be the last they see one of their friends and a fellow classmate. Before the end of the night, the body of Damien Kittle is found with a bloody wound on the top of the head and a murder weapon that takes the case for a turn. The girls do everything they can to solve this dangerous mystery, falling into dangerous traps themselves.